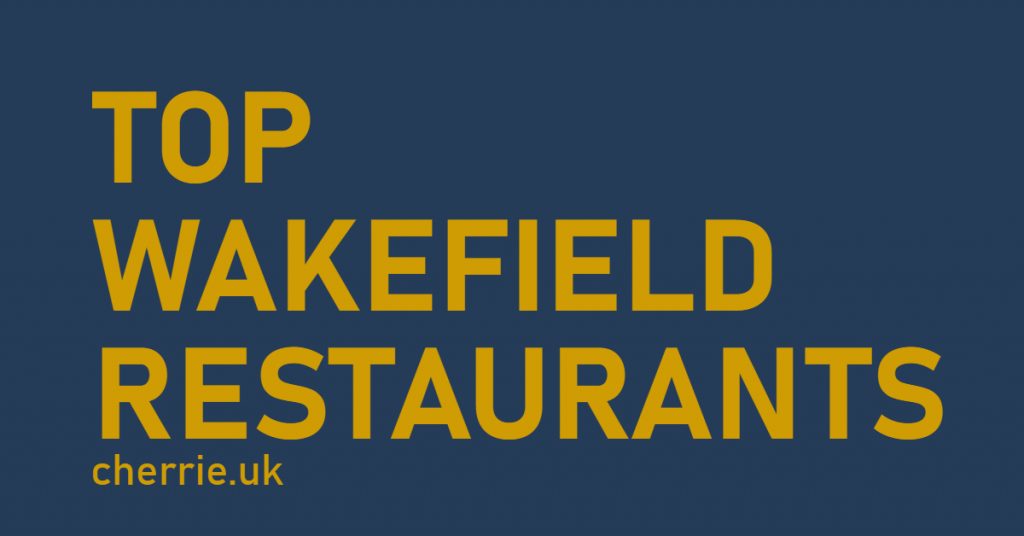 Wakefield isn’t the top of many lists.

You don’t see double page spreads in the Sunday supplements touting the city as an instagrammable gem.

This little corner of West Yorkshire has been my home since the summer of 2018. My wife’s from Wakefield, and we settled here after five years in Berlin.

Why Wakefield? We wanted to buy a house. I’m from Oxford, my family are all in Oxford. Oxford house prices are comparable to London. Work it out.

Before moving here there were 3 things which I most strongly associated with Wakefield; Chris Kamara (who lives round the corner from my mother-in-law), a giant prison in the city centre, and rugby league.

It’s got all those things. And rhubarb. Yes, old coal mines as well. Yeah, the Cribs too. Jane McDonald for the mums and dads.

There’s a lot more, though. I’ve been surprised by what a great place it is to live.

Above all, I’ve been most pleasantly surprised by the range of great restaurants and takeaways available. It was the thing I was most apprehensive about when we made the move.

Five years in Berlin made me hungry. It’s one of the greatest cities in Europe for quality, affordable eating out. I enjoyed Lebanese, Vietnamese, Italian, Turkish, Sudanese, Indonesian. Everything but German food. Or Indian. German Indian food is just, nope.

Returning to the UK and Wakefield specifically, I was bracing myself for fish and chips, chinese and maybe the odd pizza. How naive I was.

Here’s a few of my favourite food places I’ve discovered in Wakefield.

In the city centre itself my favourite is Corarima, serving Ethiopian/Eritrean cuisine. Beautifully cooked food in a relaxed modern setting, all delivered with the friendliest service you’ll ever encounter.

It’s exclusively vegetarian and proof that you don’t need meat to produce stunning flavours, plus they brew some of the best coffee I’ve ever tasted. 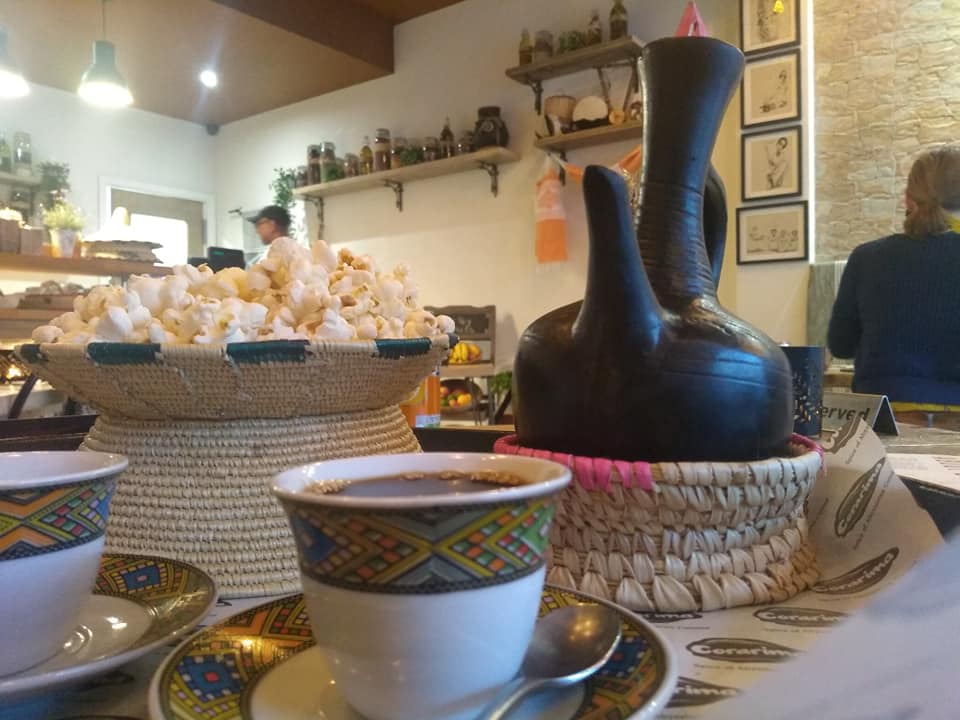 What exactly is Ethiopian/Eritrean food? Think flavoursome curries, hints of Indian and middle Eastern spice wrapped around wonderful textures. It’s hard to properly explain – trying it yourself is the only way of getting your head round it.

Best of all, the owners are heavily involved in the community in Wakefield and have a fascinating backstory.

“Because Wakefield received us with such wonderful love and support, we wanted to give back. We wanted to impact in a positive way the community that we are living in.”

If it’s your first try of Absyinnian cuisine, as it is for most people, go for the combination plate. A little bit of everything. 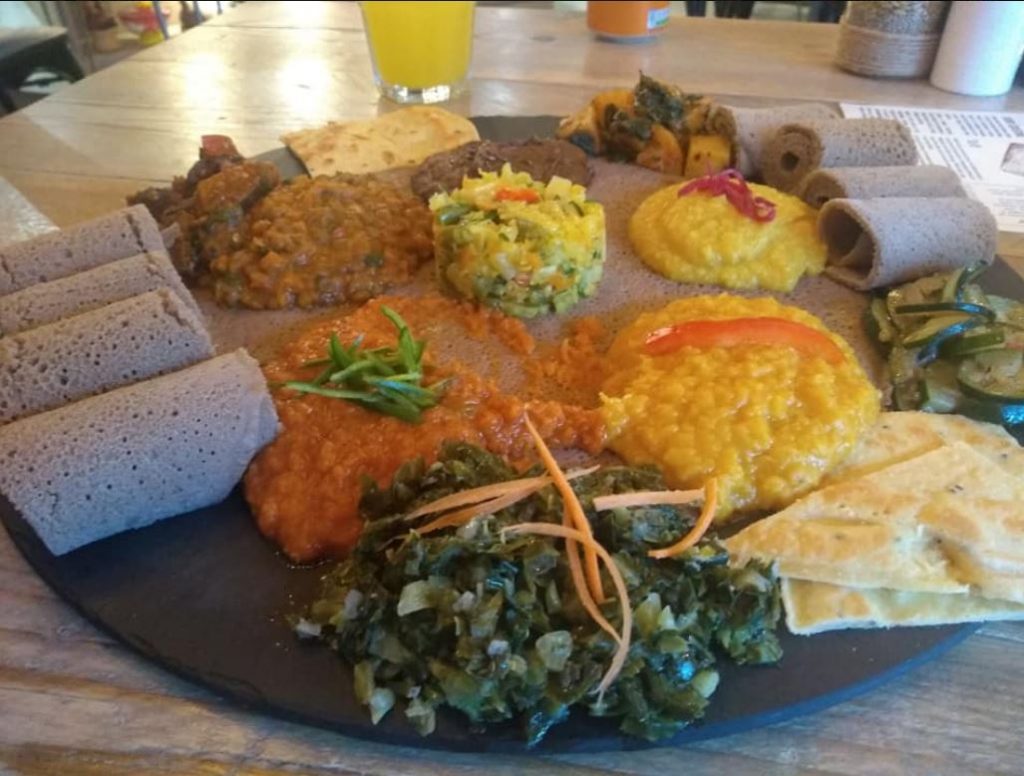 They say that in London you’re never six feet away from a rat, but when I lived in Berlin that applied to Vietnamese restaurants. They’re everywhere.

East Germany and Vietnam were big communist friends, and thousands of ‘temporary’ workers came to Berlin from Vietnam in the 1980s. Most of them didn’t go back, and a lot of them opened up some wonderful restaurants.

And now there’s one in little old Wakefield, and it’s absolutely delicious.

The French didn’t do an awful lot of good in Vietnam, but they did leave their baguettes behind. The locals filled them with all sorts of good stuff which makes a mockery of a Tesco’s meat feast sub. 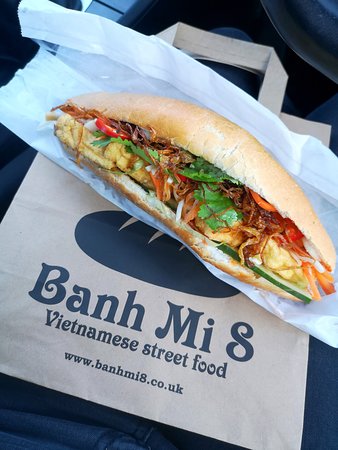 Pot Pot offer two varieties, baked fresh every day – one with satay chicken, and one with marinated tofu. They’re loaded in with mayo, fresh veg and herbs and an unbelievable homemade chilli sauce if that’s your bag.

“It’s fast food, but I make it all from scratch.

They also do Pho soup to warm your cockles on a typical Yorkshire summer’s day, as well as noodle salads and some of the best spring rolls you’ll ever taste.

On the outskirts of town is Bear Kitchen, offering up the dirtiest, ooziest, most heart-stoppingly beautiful creations you can imagine.

There are plenty of places in Wakefield to get your cholesterol fix. This place blows them all away.

It was even crowned best takeaway in the whole of Yorkshire. 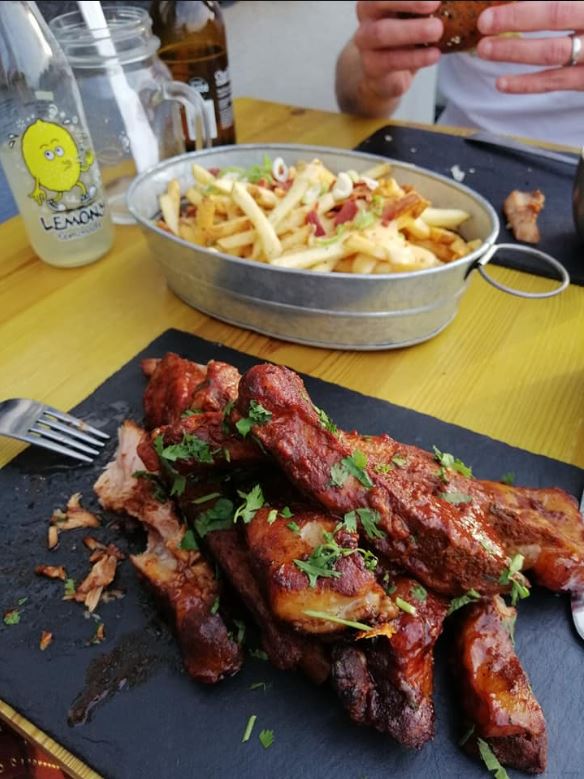 Quality junk food might be a bit of an oxymoron, but Bear Kitchen manages it. Burgers, hot dogs, ribs, wings, nachos and er, yorkshire pudding wraps are the usual, while inventive specials like vegetable pakora burgers and Korean chicken keep things fresh and exciting.

Bear Kitchen also do a great job in the community. They partner with local bakeries and cake makers, and during the COVID-19 crisis they’ve been working with the fantastic Real Junk Food Project to wage war on food waste.

On the corner of Ings Road and Westgate

I don’t know what his name is, and I’m not sure his business even has a name.

He operates out of a bright orange and green trailer on a footpath down on the corner of Ings Road and Westgate on the wonderfully named ‘Salt Pie Alley’. There’s no online footprint and you won’t find his food on Just Eat.

But it’s delicious and I can’t get enough of it. Authentic falafel, homemade tahini and chilli sauces, all wrapped up with fresh mint salad and pomegranate for just £3.

Going out to eat is about more than the food itself. You buy into the whole experience, and there’s no food experience quite like an open Teppanyaki grill.

Hokkaido on Kirkgate is one of only a handful on Teppanyaki grills in the whole of the UK.

Everything is cooked a couple of feet away from you on a huge iron plate, with specially trained chefs pulling out all sorts of moves to turn the cooking of your meal into a culinary ballet.

The food itself is kept simple, with quality ingredients and the unique grilling process bringing out all the classic Japanese flavours. Not as spectacular as the cooking process itself, but still hugely satisfying.

Head to the opposite end of town towards Kirkgate station and you’ll find Duchniak’s Polish restaurant.

I love Poland and their love of hefty stodge filled mostly with cheese and potato. I’ve had pierogi – fried dumplings filled with whatever you fancy – in a few different Polish cities, but none have been as good as those at Duchniak’s in Wakefield. 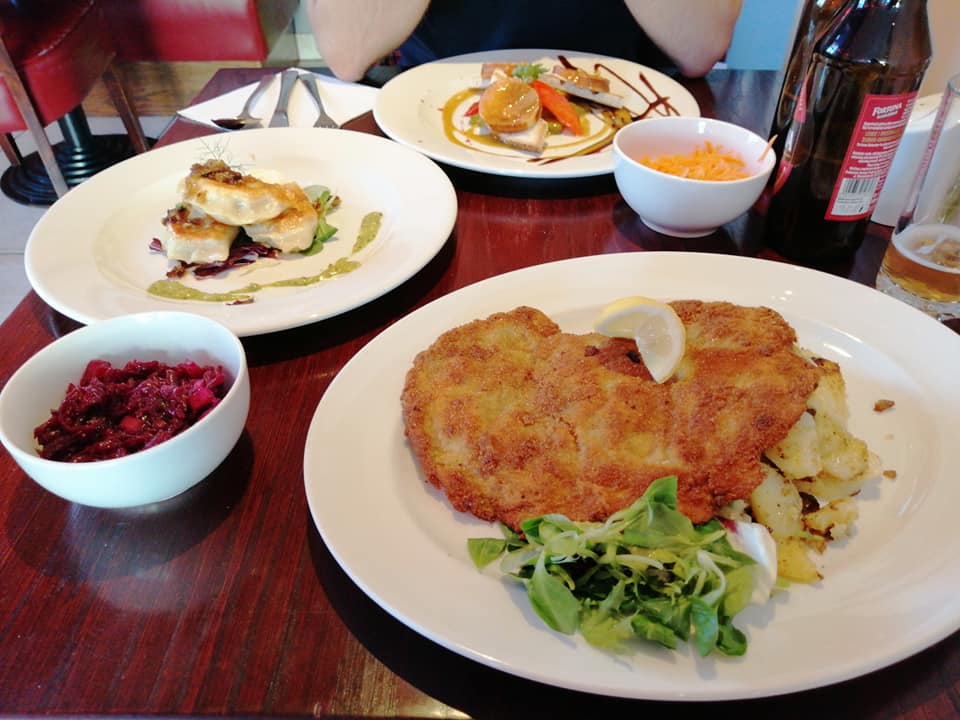 Schnitzel as big as your head

For meat lovers there’s schnitzels bigger than your head and hearty stews in the winter. It’s also a handy stop for a coffee and cake when waiting for a (probably delayed) train over the road at Kirkgate.

Best of all there’s an ever-changing selection of imported Polish beers that you won’t find at your local Polski sklep. 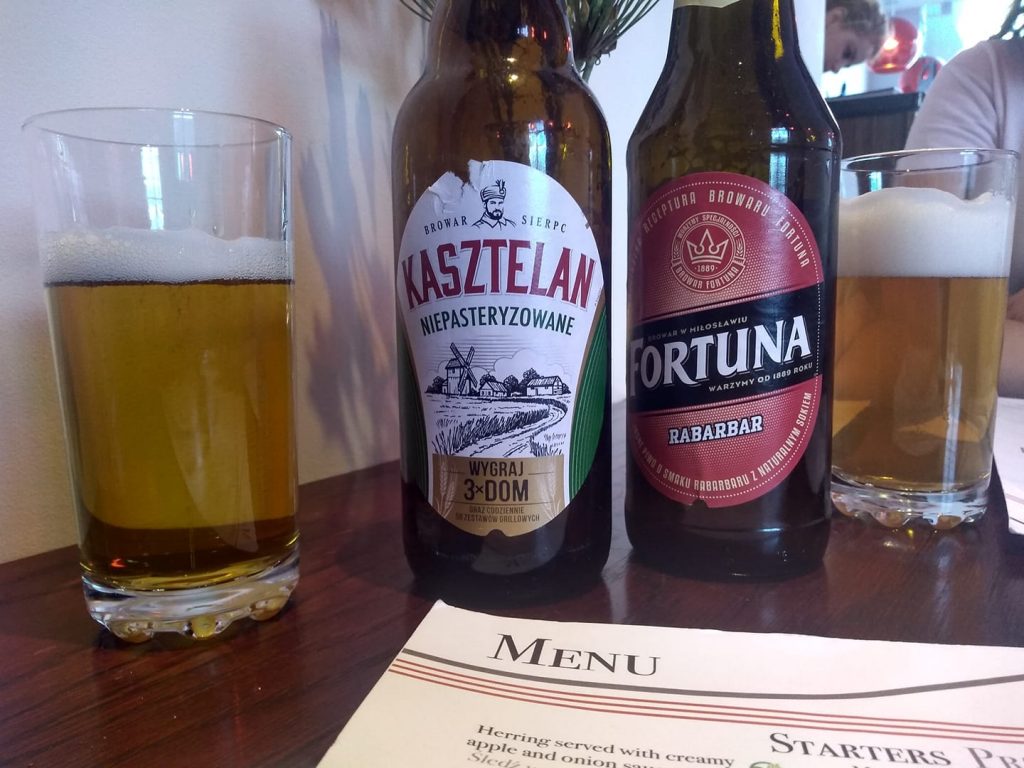 It’s a family business so you’ll always get a warm welcome.

That’s before we even get into the abundance of quality Indian restaurants that this part of the world is famous for.

For a city of its size and location,  Wakefield is a culinary gem.